OPEC and the price of oil

The recent OPEC agreement to cut oil production costs to raise its price has achieved its immediate desired effect of an increase of oil prices to 50USD a barrel.

The oil producing countries hope to see the price reach 60 to 70 USD a barrel, however, I don’t believe this will happen, and don’t expect oil prices to exceed 50 USD if not for brief periods of time. In fact, I believe that the 50 USD level is the maximum possible in the medium term and in the long term the price is destined to decrease, whatever OPEC will do.

The collapse of the price of oil in the past two years has been the consequence of US production of “shale oil” that has increased US market share.  Saudi Arabia, which has very low extraction costs, responded by keeping high levels of production to save its world market share and to make prices drop to force many “shale oil” producers out of business.

The significant drop in prices has in fact forced many shale oil wells to close, but it has also caused severe problems to national budgets of less efficient oil producing countries such as Venezuela and to all other world producers.

Unfortunately for Saudi Arabia, but fortunately for the planet and humanity, the price of oil will not rise above 50 USD a barrel and production will be forced to continue to decrease at even lower prices for the following reasons:


To conclude, I believe we have reached “peak-oil”, meaning the maximum point of oil production and its implacable decline towards its end is irreversible.

It will be up to us as responsible citizens, both via our responsible behavior as well as through our actions of orienting our politicians, to accelerate this process in the interest of our country, of our only planet, and of our quality of life and those of our future generations.

PS. As an additional bonus, the end of oil will also mark the end of Islamic fundamentalism which sources its funding precisely from oil to finance its terrorist activities

Donald Trump, President-elect of the United States of America

Trump’s election has been a great surprise (and a very negative one) for many Europeans, including myself.

We all know very little of Trump as a politician, and certainly the most aggressive tones and themes used during the election campaign should subdue and maybe change once his mandate begins.  At least we would hope so.

If, however, we base ourselves on the tones and themes used during the campaign (which are the only elements available at this stage), or on his personal history and his past as entrepreneur, which in terms of civic and social behavior are far from exemplary, a degree of concern is inevitable.

We shall see, but it’s important that Europe and the world be vigilant.

The themes that are most worrying to me are the following:

Clearly, these concerns derive from the exaggerated tones of a very violent electoral campaign.

Once in power, the words (and hopefully the actions) will certainly be more rational.

However, it is very likely that the US will be more isolationist and it is therefore opportune that both Europe and Asia organize themselves for this new scenario, in which an American isolationism can reinforce various nationalisms around the world, beginning with the Russian and Chinese.

In Europe it would be more than ever necessary to overcome the separations and division between the individual countries and the European Community to accelerate the process of political integration.

If necessary, it would be best to create two groups of countries at different speeds of integration.
If the 17 countries of the Euro Zone (and if necessary even less than 17), would continue the process of political integration, unifying politics of Agriculture (already done), Defense, Tax, and Energy, this would give birth to the biggest macroeconomic system in the world, from an economic, political and military perspective.

This new subject, with its great tradition of social values and rights, would be capable not only of being completely independent from third countries, but it would also act as a real global leader in building a better world. (Other countries of the European community would follow when they are ready)

This new Eurozone, if counted as a single political entity, already has the biggest world economy, complete food autonomy, and through renewable energy can reach complete energetic autonomy in less than ten years (earning a huge competitive advantage both economically and in terms of health of its citizens) and lastly a great military power (including the atomic shield) capable of deterring anyone.
In addition, it can continue to contribute to social development within the community and to the economic and social development of third world countries, particularly in Africa.

This has always been true.  After the American elections, it will be even more urgent.

Italy can and is doing its part: to vote YES at the referendum in December will reinforce this process against all local populisms.
Pubblicato da Pasquale Pistorio a 23:30 Nessun commento:

Earthquakes in Central Italy Donations through the Civil Protection Department

I am certain that each of us is participating with small contributions to assist the populations hit by the immense tragedy of the earthquakes in Italy.

I have seen two fund raising channels for the victims of the earthquake, and I would like to share these with you for your your information, even if I am aware that there are many other organizations that are collecting donations for this cause.

I must confess that I was surprised at the modest amount of funds collected through these two channels so far, considering the magnitude of the tragedy which inevitably calls on our moral obligation for individual solidarity, in addition to that of the institutions, which are acting promptly and with determination at all levels.

If each Italian in the middle and upper middle range of income (over 40 million Italians) would make a donation of at least 100 Euros, it would be possible to collect from individual citizens at least 4 billion Euros.

I hope that each of us, in addition to doing their part (of which I am certain), will contribute in spreading this message of solidarity amongst our circles of friends and contacts.
I hope that the Companies that work on the national territory will devolve a portion of their profits to this effort of solidarity (for example 1% of this year’s profits before taxes).http://www.protezionecivile.gov.it/jcms/it/donazioni_denaro_sisma_2016.wp

I hope that the Government will impose a lump sum tax on high end taxpayers for the reconstruction of the areas hit by the earthquake and the securing of regions at high seismic risk.

I hope that every Italian at the individual and Institutional level will react as a supportive People and Nation, to come in aid of the victims and for a rapid reconstruction of devastated areas. 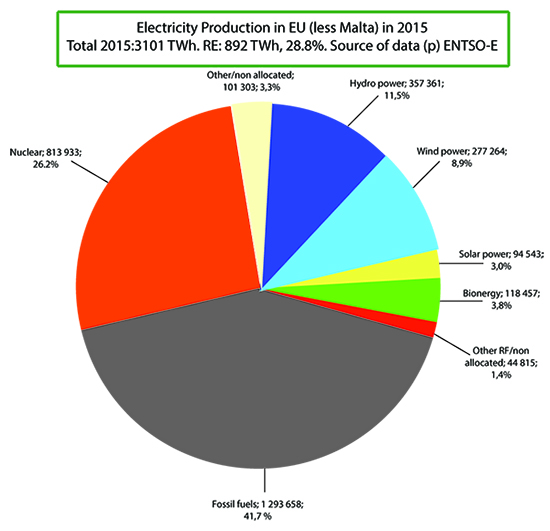 Yesterday, UK citizens voted to leave the European Union : a huge mistake for the UK and a problem for the entire trajectory of construction of Europe.

Prime minister Cameron has the historic responsibility of holding an unnecessary referendum and of not having been able to communicate the reasons to stay in Europe.

Today all the European stock markets have suffered strong losses and the British pound fell by 10%. However, I feel that the stock market falls are emotional reactions that will recover in the short term in most European countries including Italy.

Instead, I believe that for the UK, this marks the beginning of a long period of economic decline and loss of relevance in the global landscape: simply because the UK (supposing that is stays united and does not see the secession of Scotland and Northern Ireland)
is a macroeconomic system that is too small to have any political weight or to compete economically in the current global scenario.

The real risk for Europe would be a phenomenon of emulation by other countries who could be dragged towards political and economic suicide by populist leaders through similar irresponsible referendums.

I'm convinced this won't happen due to three fundamental reasons:
1. In a few quarters, and maximum one year, the economic damage suffered by the UK will be evident and this will discourage any country from following suit.
2. This referendum will be a stimulus to accelerate the process of European integration, at least for key countries such as Germany, France, Italy, and Spain, even if this will signify the rise of two groups in Europe with two different speeds of integration.
3. The British result will push Europe towards a political agenda that will better marry "growth and rigor" and give birth to a great program of European breadth.

The two main priorities must be, I believe, youth unemployment and control of immigration flux.

Finally, it would help if national governments and populists stop denying their political responsibilities and putting blame on Europe (see my post of March 22 2015 on this subject).

I'm convinced that Europe will overcome this difficulty created by the exit of the UK, and will continue its process of integration and its role model of Peace and of Civilization in the world.

As I have stated many times, I believe the three major challenges of humanity are the following:

To the above challenges, in the last few decades (since the fall of the Berlin wall), 3 more challenges have emerged:

4. Islamic Fundamentalism (that has today ISIS as its major driver);
5. Chinese nationalism;
6. The “apathy” of the western world (meaning the loss of traditional values in favor of
short term profit).

Humanity must win those challenges, and millions of individuals like us, as members of the most educated part of human society, MUST CONTRIBUTE TO AND MUST BE THE DRIVERS of this progress.

At least in one of these challenges we are winning: "Humanity"  has made in the last 10 years unbelievable progress towards winning point 3.  Energy generated by Wind, Solar PV, Solar thermal, and Geothermal, are all very competitive today with fossil fuels, if we charged fossil fuels with a "Carbon tax " of some 100 $ per ton of CO2 generated by them, to compensate for the collateral damages associated with them.

We have today all the technologies needed to terminate the fossil fuels era in favor of renewable sources of energy. In only 20 years we can kill fossil fuels, particularly oil, and in the process also kill ISIS and all the financial sources that support Islamic Fundamentalism.

By winning point 3 we will be a long way ahead to winning also point 4.

In fact, I believe that ISIS is being already weakened much more by the LOW price of OIL
than by the bombing by the US, UK, France and Russia.

Let's work towards a world free of fossil fuels and thereby contribute to a better world.

Another "energy revolution" has been ignited by Tesla with the introduction of a competitive electric car and the progress towards cheap batteries, as well as the no-driver car launched by Google, all of which are going to dramatically accelerate the end of oil in favor of electric transportation, fueled by electric energy generated by renewables.

Let's all work to kill fossil fuels, as a major step towards a better world.

How can we contribute as individuals?

Here are few ideas:
The lobbies of traditional energy companies are slowing down the process of transition to a world with very low or no fossil fuels consumption.

We, millions of citizens, can win the lobbies with our daily commitment in our individual lives and in our interactions with the institutions that we elect.
Pubblicato da Pasquale Pistorio a 23:42 Nessun commento: